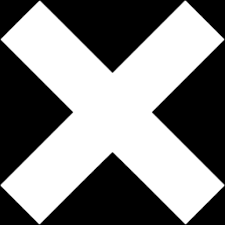 Qualitative research is carried out in order to understand and precisely define the studied issue. Such research focuses on discovery, description and explanation of studied phenomena (avoiding generalizations), are explorative and cognitive. The respondents are interviewed individually or in small groups and are recruited strictly following certain pre-defined criteria. The Moderator running the study uses a non-standardized interview scenario and asks for answers to general questions and at the same time observes respondents’ behavior. Owing to lack of precisely defined methods of interpretation the researcher typically relies on experience and possessed knowledge. The results of qualitative research often are the starting point for the design of quantitative studies.

Focused Group Interview (FGI) – a discussion between a small number of respondents (6 – 10 people) selected according to recruitment criteria. Such a discussion is lead by an experienced moderator in such a manner as to obtain answers to all research questions. A discussion guide or group scenario – previously consulted with the Client – is used as a tool assisting in keeping the discussion on track. Many different techniques are used to stimulate the imagination of the participants and to help the respondents to be more open in expressing their convictions and emotions, such as: brand party, Chinese portrait, collage, Thematic Appreciation Test (TAT), etc.  FGI are held at special studios adapted for qualitative research. The discussions are video recorded (recording is used to prepare transcripts). The Client may observe the discussions using a two way mirror. The FGI produce respondent comments resulting from interaction of the discussants (group dynamics). The transcripts from the discussions are analyzed, leading to a final report with recommendations.

In Depth Interviews (IDI) – one on one conversation between the moderator and respondent covering topics included in an interview scenario. The interview scenario is previously approved by the client. The questions are open ended and the order – and manner – in which they are asked is up to the moderator. The respondent is given opportunity to fully express his or her feelings, convictions or to explain the motivation behind specific behavior. The interviews may be at the respondent’s home, work, or at a special qualitative research venue. The interview may be recorded and also (if at a special qualitative research venue) observed by two way mirror. Transcripts of such interviews are the basis for a report from research.

Participant Observation – observation of people (consumers, buyers, employees, etc.) in their natural living or working environment in order to understand their behavior (e.g. observation and participation in every day tasks such as shopping, home chores, use of appliances, etc.). The researcher establishes direct contact with the observed people and actively takes part in actual situations, at the same time provoking others to certain actions and reactions. The observer asks questions as to better understand what is happening. The observed people are not aware of the ultimate objectives and the role of the research who assumes a certain identity as to observe and interpret the events. This method is often used in „mystery shopper” studies, where the research plays the role of a potential buyer as to evaluate the quality of service at a given sales or service outlet. Participant observation uses recording sheets or may be recorded of photographed.

Diad – an interview with two people at the same time.

Homogenous Diad – pursues the objective of studying a given issue which is revealed through the interaction of two people. This technique may be used to examine the decision process of a couple jointly deciding upon the purchase of a car, for instance.

Heterogenic Diad – here the objective is to have a confrontation of contrasting opinions or views of two respondents (e.g. fans of competing brands or supporters of different political parties). This technique releases a strong urge to defend one’s position and provides exceptionally rich material for analysis.

Triad – an interview with three respondents, this combines a diad with an FGI. Besides the conformation typical of a diad this method also adds the group dynamics inherent to a group discussion.

Home Visits (HV) – an in-depth interview at a respondent’s home (expanded to include a presentation of the manners of using a product which they use every day). This method is used for the study of consumer habits in a „home setting”, reveals actual behavior and habits and their rationale. It also reveals unsatisfied consumer needs.

Specialized ethnographic studies– this is observation combined with interview carried out by an experienced ethnographer. The respondent’s role is to execute tasks relevant to the study. The observation data may be recorded by the respondent in the form of diaries, video-diaries, photo reports (or any other form of record keeping), giving the researcher detailed information and the client deep going analysis.

Several day long (1-3 days) ethnographic studies – the researcher „lives” (spends time) with the respondents (families) – so called ethnographic marketing. The main characteristic of such studies is the absolute lack of scenario (visible to respondents), the researcher is to integrate into the daily life of the respondents and take part in what they are doing (participant observation). This leads to minimization of the barrier between the researcher and the respondents (which is a problem in FGI and IDI), while the gathered information (enhanced with photographs or video recordings) make for unique and rich study material.  To obtain some order to the observations the research may hold, at the end of the study, as so-called natural FGI, i.e. a group discussion held at that home.

ALMARES is a member of